Canadian Artist Bruce Thompson has always liked writing, in particular writing about the parts of the world in which he has worked and travelled.

“In my writing projects, I am intrigued with the ways in which human beliefs are fashioned by the unique environments they inhabit, how they cope with difficult environmental and economic conditions, and how societal values affect natural environments, whether through survival strategies, economic policies or religious beliefs.”

Among the writing projects Bruce has worked on over the past few years are three longer works of historical literary fiction, summarized below.

The Good Postmaster of Eden Springs is a work of historical literary fiction set in the days of the great Land Rush of western Canada. Charles is a proud young engineering graduate who travels from Toronto to southeast Alberta in 1909 at the age of 22. Filled with dreams of a grand homestead and mechanized farm, pumped by claims of the Government and the CPR about this new Garden of Eden on the prairies, Charles is confident his creativity, diligence and faith will succeed. He combats all the assaults the prairie hurls at him but at the end of his second summer he inhabits a mere sod-roof hovel carved out of the banks of the river. This is no Eden.

Charles manages to earn a meager income due to his superior writing skills, as Postmaster for the infant town of Eden Springs. He helps other impoverished homesteaders from many different places in Eastern Europe and elsewhere to plead for more money or favours from their faraway families or banks. Among his clients are a group of English remittance men who are more interested in leisurely life than in farming or building mansions. Charles is easy prey and not only scribes some very naughty letters only to be bilked of money, but is lured into perilous adventures including a visit to a town brothel. The erosion of Charles’ high moral standards exceeds his earnings. Enter Elias, a shaman with a fresh way of seeing the world. Through Elias, Charles realizes that in all his letters for clients as well as to his girlfriend back East, he has become as disingenuous as the Government in his exaggerations of prairie homesteading life. But Elias has a motivation of his own, one for which he requires Charles’ writing skills. This leads to an adventure that is the true test of Charles’ literary talent, integrity and physical courage all at once.

Believed – A South Indian Journey is an historical literary fiction set in southern India in the 1980’s and features a Canadian scientist who is heading up an environmental project in south India. He is a devout evolutionary psychologist and doubting Thomas. Academically brilliant but inept in the more earthly matters of project management and human sensitivities, he gets into various debacles, soon earning the hostility of not only the local government officials but his own employers. In the course of his work, he stumbles across a secret of great mythological significance, but one which might also be the source of substantial industrial profits if harnessed. The story follows his flight and subsequent journey across south India, also for him a spiritual journey involving a struggle among Hindu, Christian and Gnostic philosophies of work and living. The story is set against the background of the Biblical St. Thomas, who was not only the renowned doubter but the disciple who is believed by some to have travelled to south India after the Resurrection and to have been martyred there in AD 72. 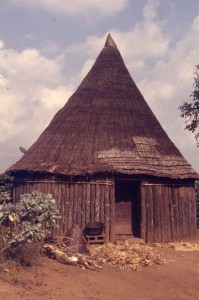 Chasing Papilio is a historical literary fiction, set in West Africa of the early 1970s. It follows the travels of a dedicated entomologist in search of a rare butterfly found only in special habitats of the tropical rain forest. This scientist manages to catch more trouble than butterflies, however, as he gets embroiled in the nationalist politics of the emerging independent country in which he works.

Miracle at Lake Opeongo
From Everybody Has a Place in the Choir, Anthology II of Saint City Writers, 2014.

Ah, The Pure Prairie Air!
From The Good Postmaster of Eden Springs, Chapter 1

Yours is a Lucky Girl!
From The Good Postmaster of Eden Springs, Chapter 11

Snowed Out!
From The Good Postmaster of Eden Springs, Chapter 18

Paperweights and a Senior Bell
From Something Believed, Chapter 1

Little Mount
From Something Believed, Chapter 3

LAKSHMI AND LUCK 2016 (PDF)
From Something Believed, Chapter 5